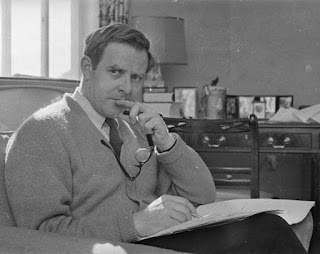 Given that I posted my review of his first novel, Call for the Dead, just a few days ago and he has now passed away I should say something about John le Carré. And maybe something about modern spy fiction.

He’s not my favourite spy writer and I don’t think he was quite as ground-breaking as he was sometimes made out to be. Moral ambiguity, pessimism, the psychology of the spy and the madness of the spy game had already been explored by writers like Graham Greene and Eric Ambler. I did think however that when it came to depicting the utter deadening futility of the whole enterprise le Carré had few if any peers.

While his most admired works were The Spy Who Came in From the Cold and Tinker, Tailor, Soldier, Spy (and they were rightly admired) I personally think his masterpiece was The Looking Glass War, published in 1965. It concerns a bunch of British spies whose glory days were World War 2 and they have never really moved on. Unfortunately they’re still running a department of the British Secret Service and when they try to pull off an ambitious operation it goes horribly, tragi-comically wrong. A great book.

His name always seemed to be linked with that of Len Deighton although I think they were really very different writers. There’s something rather tragic about le Carré’s most enduring character, George Smiley, a brilliant spy with a very subtle mind whose personal life is one long exercise in futility. And to some extent you could say the same about his professional career as a spy master. Deighton’s unnamed spy, created at almost precisely the same time, is sometimes left wondering why he bothers but there’s nothing tragic about him. He’s the sort of guy who will do OK. He’s a survivor. Deighton is ironic and cynical. Le Carré can be pretty cynical as well but le Carré still believed that the British, however incompetent they might be, were the good guys and the Russians were the bad guys. Deighton on the other hand always seems to be having fun and seems to regard life with amused but tolerant cynicism.

Le Carré and Deighton can both be seen as belonging to the gritty realist cynical school of British spy fiction and in the 60s and 70s they were certainly the two giants in that field.

And, as points of comparison, I’ve reviewed Deighton’s Horse Under Water, Billion Dollar Brain, An Expensive Place To Die and and Spy Story as well as Greene’s Our Man in Havana and Stamboul Train and Ambler’s Uncommon Danger and Judgment on Deltchev.

I should add that I've also reviewed the excellent BBC TV adaptation of Tinker, Tailor, Soldier, Spy and their TV version of Smiley's People.