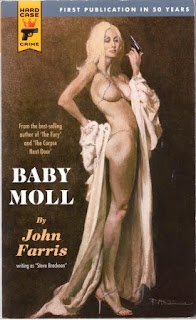 Farris doesn’t add very much to the genre (unlike other writers of the time like Jim Thompson) but at the age of 24 he’d mastered the basics of the style pretty effectively. It’s a fine well-crafted example of its type and its re-issue in the Hard Case Crime series was extremely welcome.
Posted by dfordoom at 1:41 AM