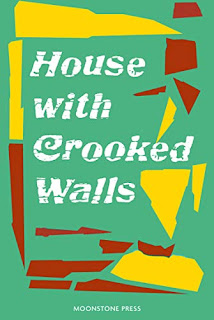 House With Crooked Walls, published in 1942, was the second of Bruce Graeme’s book-themed Theodore Terhune mysteries. The first, the delightful Seven Clues in Search of a Crime, played around with the conventions of the genre in a very clever manner. House With Crooked Walls is a whole different ball game. It starts off appearing to be a gothic chiller about a haunted house. In fact it is a genuine mystery but that takes a while to become apparent.

Mild-mannered bookseller and occasional amateur detective Theodore “Tommy” Terhune is approached by a very exotic South American, Dr Salvaterra. He has an equally exotic twin sister. Dr Salvaterra is considering the purchase of House-on-the-Hill, sometimes referred to by the locals as the House With Crooked Walls. This very old house has a very evil reputation. It has been untenanted for decades and no-one will go near the place.

Dr Salvaterra wants to buy the house not in spite of its sinister reputation but because of it. He is a scholar, a student of the psychic and the occult. He wants to find out just what it is about the house that fills people with dread. He needs Terhune’s help since Terhune is reputed to possess a very impressive collection of books, new and old, on local Kentish history and on notable houses of the district. And of course Terhune has his reputation as an amateur detective. Terhune’s job, for which he will be handsomely paid, is to discover everything that can be discovered about the history of the house and its occupants over the years.

Terhune is intrigued because he has to admit to himself that he doesn’t know why the locals shun the house. The locals don’t know either. There are no colourful legends attached to House-on-the-Hill. People just hate and fear the house.

The first two-thirds of the book is occupied by Terhune’s efforts as a literary and historical detective. With some help from the acid-tongued but beautiful and oddly fascinating Julia MacMunn he finds out that the house has been associated with two very mysterious disappearances, a couple of sudden unexplained deaths and a certain amount of scandal. The most notable scandal dates back to 1074 and involves a wicked monk named Robert the Hermit (and you can’t get much more authentically gothic than wicked monks).

At this stage there has been no crime committed. It is possible that crimes were committed at House-on-the-Hill in the past although that is by no means certain either. Robert the Hermit disappeared nine centuries earlier but he may simply have left the district. The odd deaths may not have had any sinister aspects to them at all. 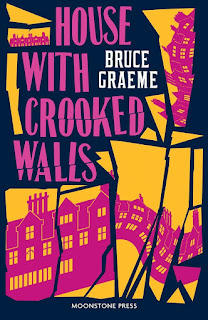 What is happening is that Theodore Terhune and Julia are becoming more and more drawn under the spell of that old house. Perhaps there were crimes committed there, perhaps not, but the history of house is full of bizarre incidents and extraordinary characters. There are historical puzzles to solve. Theodore loves this sort of stuff. Julia thought she wasn’t the least bit interested in such matters but her curiosity has been kicked into overdrive.

The house had been in a very dilapidated state. Salvaterra has had it magnificently restored. Now that the house is full of light and life is it still sinister. Terhune thinks it is, in a way, but he also thinks that he’s being irrational.

Of course eventually we do get a modern puzzle to add to the historical puzzles, and there is the possibility of some ink between those long ago events and events in the present day. But again the matter is ambiguous. Everything in this book is ambiguous.

There’s also the question of romance. Theodore and Julia have been thrown together and when you add a shared obsession the possibility of romance is obvious. But Bruce Graeme does not like being obvious.

And of course there are books. Terhune is a man who looks to books for answers but in this case the books just seem to raise further questions.

Terhune is a likeable although very bookish young man. Julia is a wonderful character - she has all the ingredients to make her a nasty piece of work and yet she isn’t. She has her own demons to wrestle with. She’s a wildly contradictory but totally believable character.

Is it fair play? The answer to that has to be ambiguous as well. Graeme was trying to write a mystery but he was consciously trying to make it unconventional. If you expect this novel to conform rigidly to the conventions of golden age detective fiction then you’re misunderstanding the author’s intentions. But, as in his first Theodore Terhune novel, Graeme might play with the conventions, he might play with them quite a bit, but he isn’t trying to overthrow them.

House With Crooked Walls is a gothic novel and a detective story and (very much) a book for bibliophiles. I thought it was odd but rather wonderful. Highly recommended.
The Theodore Terhune mysteries have been reprinted by Moonstone Press, with introductions by J.F. Norris.
Posted by dfordoom at 9:47 PM