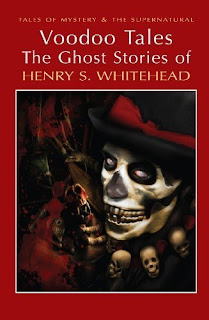 Whitehead was a friend of H. P. Lovecraft. He corresponded with Lovecraft for many years and Lovecraft spent several weeks at Whitehead’s home in Florida in 1931. Whitehead spent many years living in the West Indies, on the island of Saint Croix in the US Virgin Islands. These islands were formerly the Danish West Indies. Denmark sold the islands to the US in 1916. Whitehead was ordained as a deacon in the Episcopalian Church in 1912 and spent the rest of his life as a clergyman, writing fiction in his spare time.

Many of Whitehead’s stories were set in the West Indies and he was able to draw upon his considerable knowledge of the beliefs of the islanders, and in particular on his knowledge of obeah and voodoo and related cults. His stories are an interesting mix of such beliefs with his own Christianity. In one story a clergyman is called in to save the life of an islander doomed to die of a voodoo curse, but the Christian religion proves to be stronger than voodoo, even in the minds of the islanders.

Most of Whitehead’s stories are narrated in the first person by Gerald Canevin, Whitehead’s alter ego. Canevin is, like his creator, a writer.

The stories cover a very wide range of subjects. Most could be classed as horror although some are closer to fantasy. Voodoo of course plays a major role, although they also encompass many other popular horror sub-genres, even including a werewolf story (a werewolf who is also a new York gangster).

The West Indian stories are in fact a cycle of interconnecting stories. Whitehead was clearly fascinated by the adventures of Saul Macartney, one of the chief lieutenants of the infamous pirate Fawcett, and he returns to the idea several times, slowly building up the background to the original story.

The author’s great love of the West Indies is apparent in all his stories. This was a magical place for him, a place where the rule of reason did not apply, a place where the occult was a living presence. He had a great fondness for all the inhabitants of these islands, regardless of race.

A fine collection showcasing the work of an unjustly neglected writer of weird tales. Highly recommended.
Posted by dfordoom at 12:38 AM