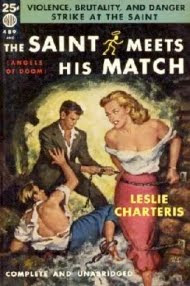 A polished and sophisticated crime thriller with a nicely tongue-in-cheek approach, not to be taken seriously but perfect escapist entertainment.
Posted by dfordoom at 9:33 PM